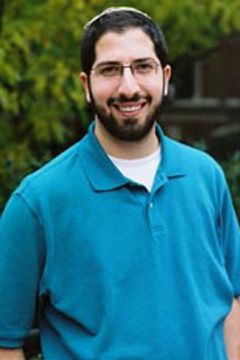 For the Chazon Ish, voting was so important that it superseded owning tefillin, which is used on a daily basis. His stated reason was because the person could easily borrow tefillin. But I also wonder if the Chazon Ish was making a broader point – that elections impact the day to day lives of every person in society. Just like tefillin, our vote matters not only on the day of the election, but every day after it until the next one.

It’s appropriate that we are in the midst of an election in our city at this time of year when we read all about the building of the Mishkan. Our rabbis tell a fascinating story about how Bezalel was chosen to be the architect of the Mishkan (Babylonian Talmud, Berachot 55a):

Rabbi Isaac said: One does not appoint a leader for a community without consulting the community, as it is written, “See, the Eternal has singled out by name Betzalel” (Exodus 35:30). The Holy One said to Moses, “Moses, is Bezalel worthy in your opinion to be a leader?” Moses answered to God, “Ruler of the Universe, if he is worthy before You, how could he possibly not be worthy before me?” God said to him, “Even so, go and ask them.”

God, according to this midrash, wanted the people’s opinion. God easily could have said – this is all about how my House, the Mishkan, will look. The people don’t have a vote. But God says the opposite – the most sacred place on earth needs to be built on the foundation of the elected trust of the people.

So come election day, I hope that you put on tefillin. If you need to borrow a set, I’ll take care of you. And most importantly, I hope that we all go out to vote. Because our community, our sacred place, needs to hear your voice.